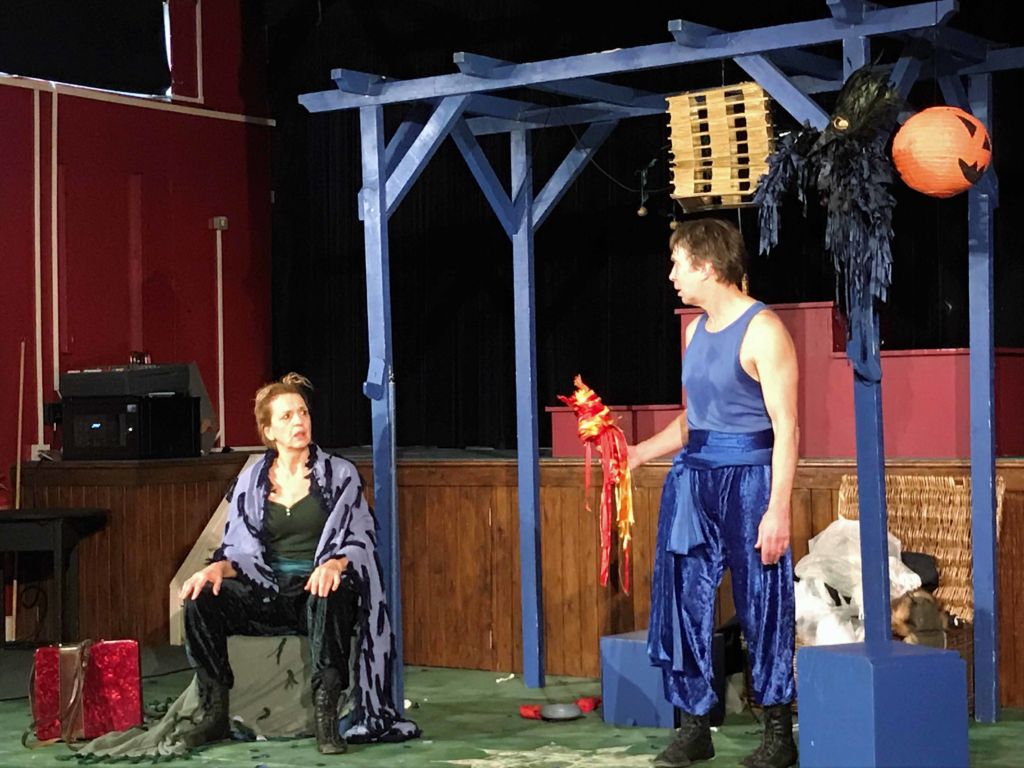 Winterfold pupils of all ages were treated to presentations of the traditional Russian folk tale, The Firebird, a story of bravery, on Tuesday 25th February.

The Multi Story Theatre Company showed their versatility as the two actors played a number of roles each. The props and costumes carried on the theme of the play, regeneration, where the scenery and objects used were all made of reclaimed items.

The story of The Firebird inspired many literary works, including The Little Humpback Horse by Pyotr Yershov. The most famous production was by Sergei Diaghilev of Ballets Russes who commissioned composer Igor Stravinsky to create the famous ballet score.

After all three performances, there was time for questions about The Firebird and life as an actor. The children were very responsive, asking well thought out questions and showed a thorough understanding and enjoyment of this Russian folk tale.