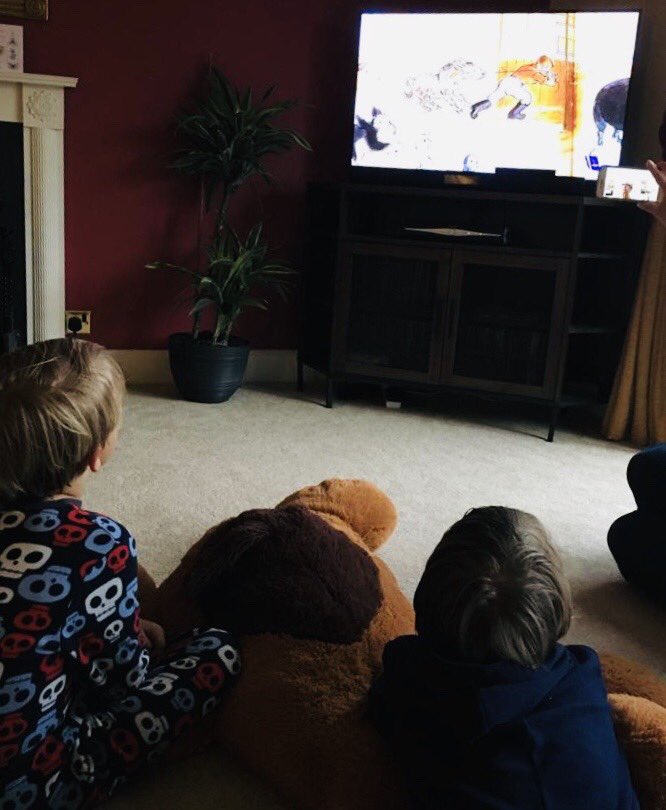 We’re delighted that Winterfold Storytime is being enjoyed by so many children, from the Winterfold community and beyond.  In fact, Storytime has now gone global, reaching audiences as far away as USA and Australia.

Following Mr Mitchell’s initial idea for the programme, there have been nine episodes to date, read by Headmistress Mrs Toms, the teaching staff and pupils. Each week, a surprise speaker narrates their favourite story, with stories such as 5 Minutes’ Peace, The Enormous Crocodile, All the Ways to be Smart, The Selfish Giant, Noah’s Ark, Oliver and the Noisy Baby, Room on the Broom and Supermarket Zoo.

Fix-It Duck by Jez Alborough narrated by Harvey, William and Phoebe P has been enjoyed by many pupils, including the Phillips children’s cousin Elise, who has been tuning in from her home in New South Wales, Australia. Toby and Oliver listened to the story with their Grandparents in Florida over FaceTime.

Winterfold Storytime has really captured the imaginations of our pupils and reassured them in these uncertain times.  Presenter Malcolm Boyden said it that it was a great idea which reminded him of listening to ‘Jackanory’ when he was younger.

One of our parents commented “It’s been such a lovely experience putting the story together to share with the children at Winterfold and beyond. Zoom schooling has enabled our children to keep in touch not just with their teachers, class and friends but with family near and far”.