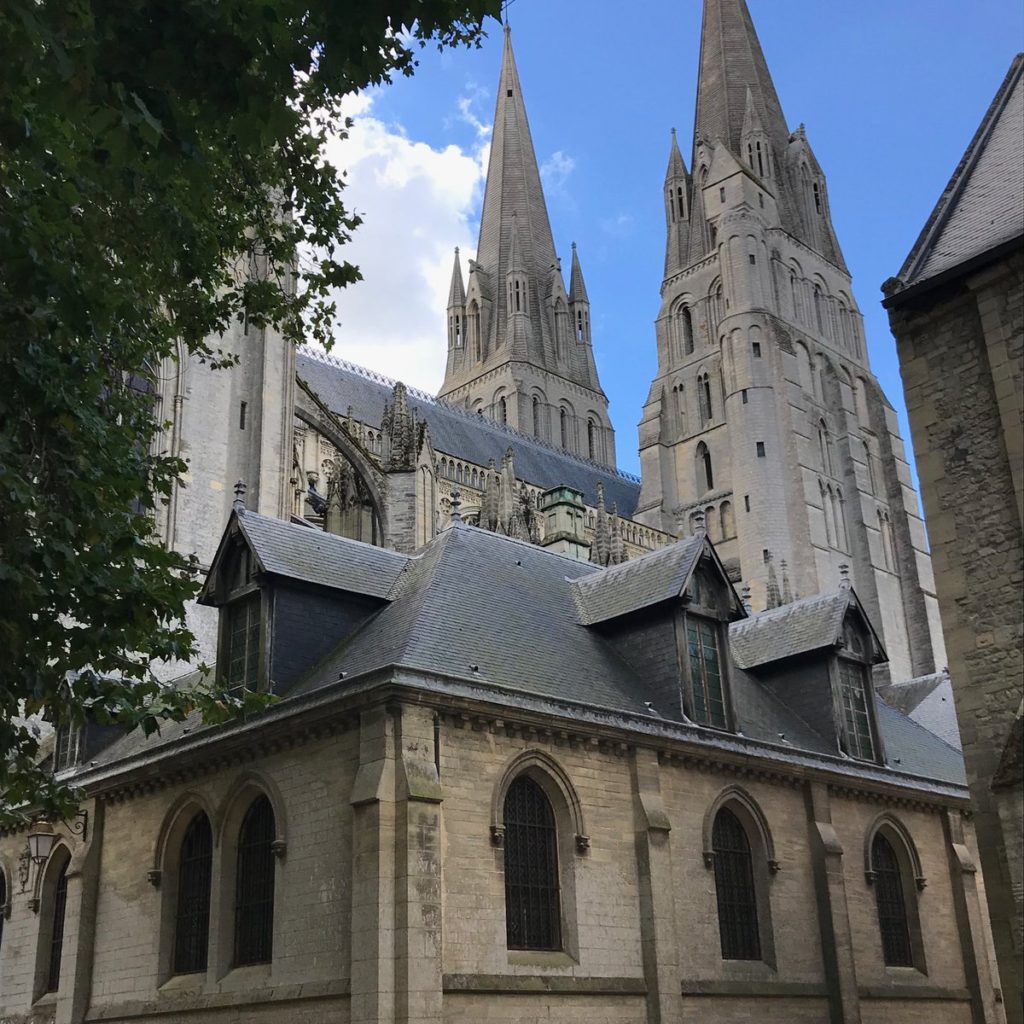 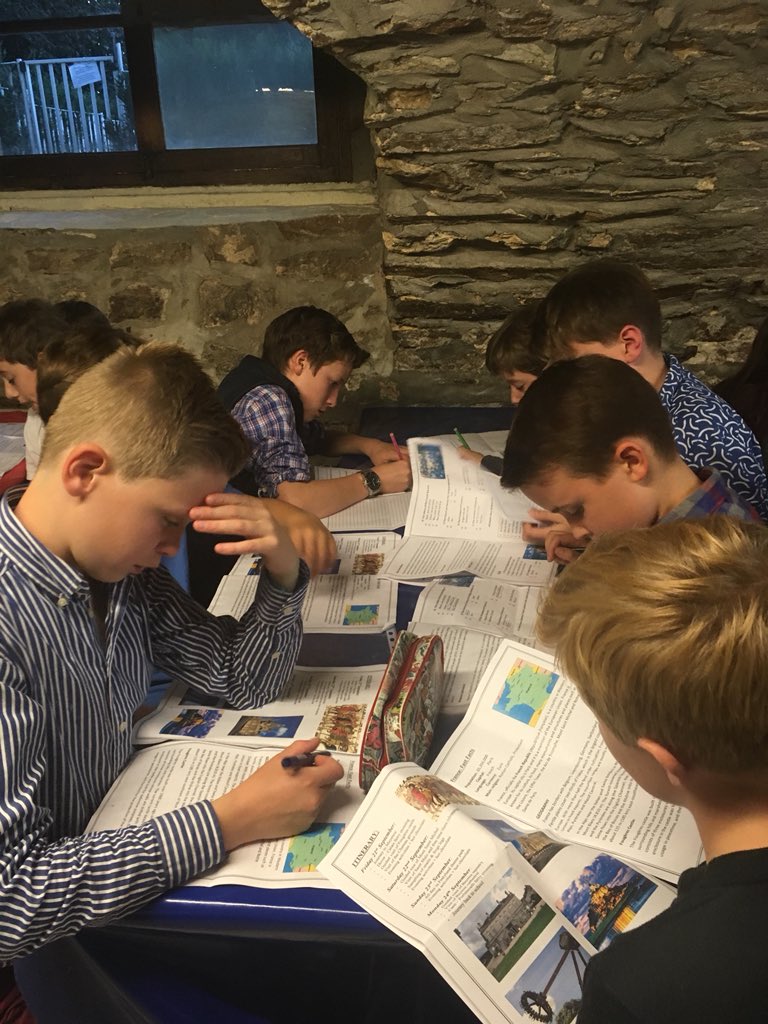 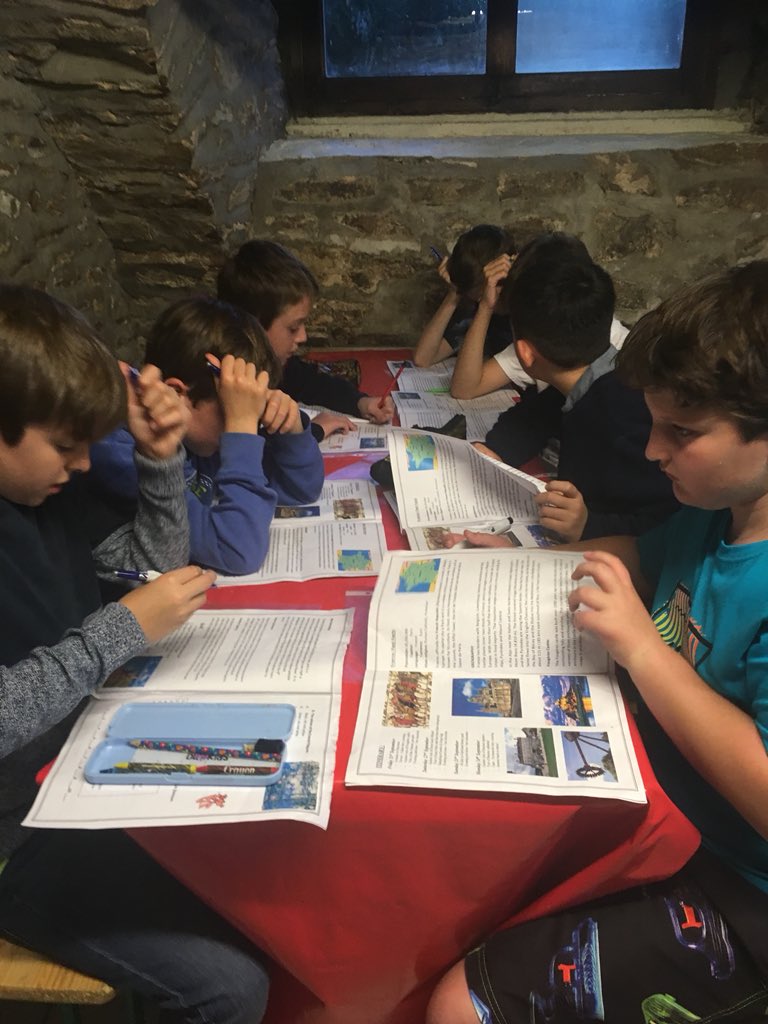 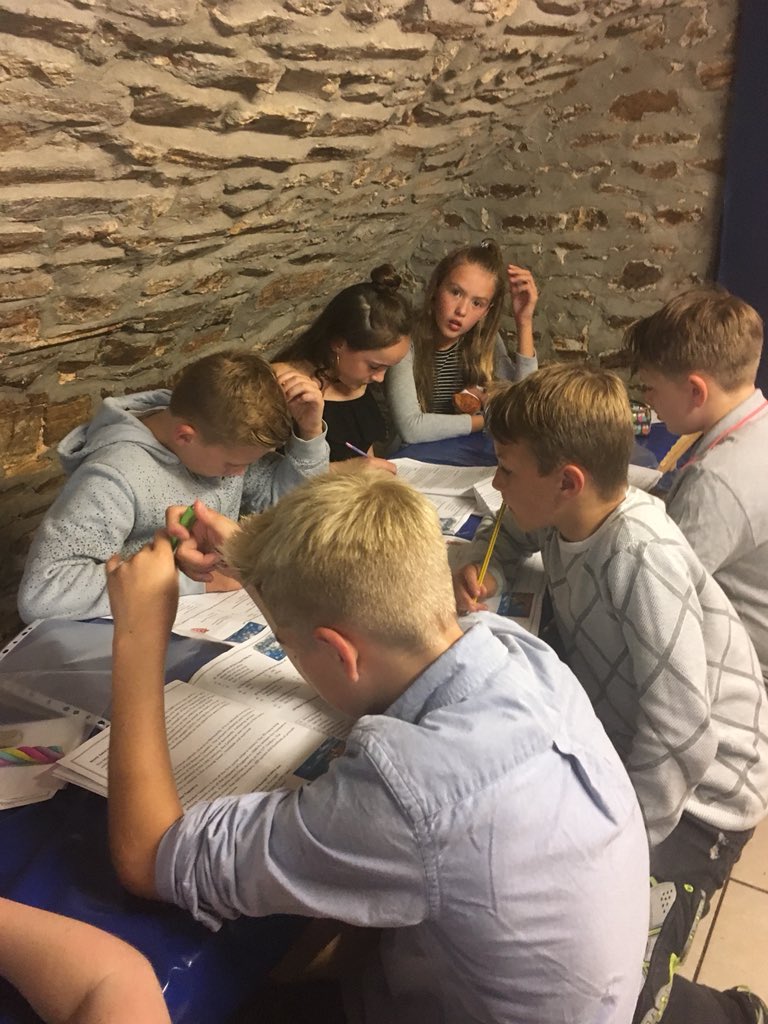 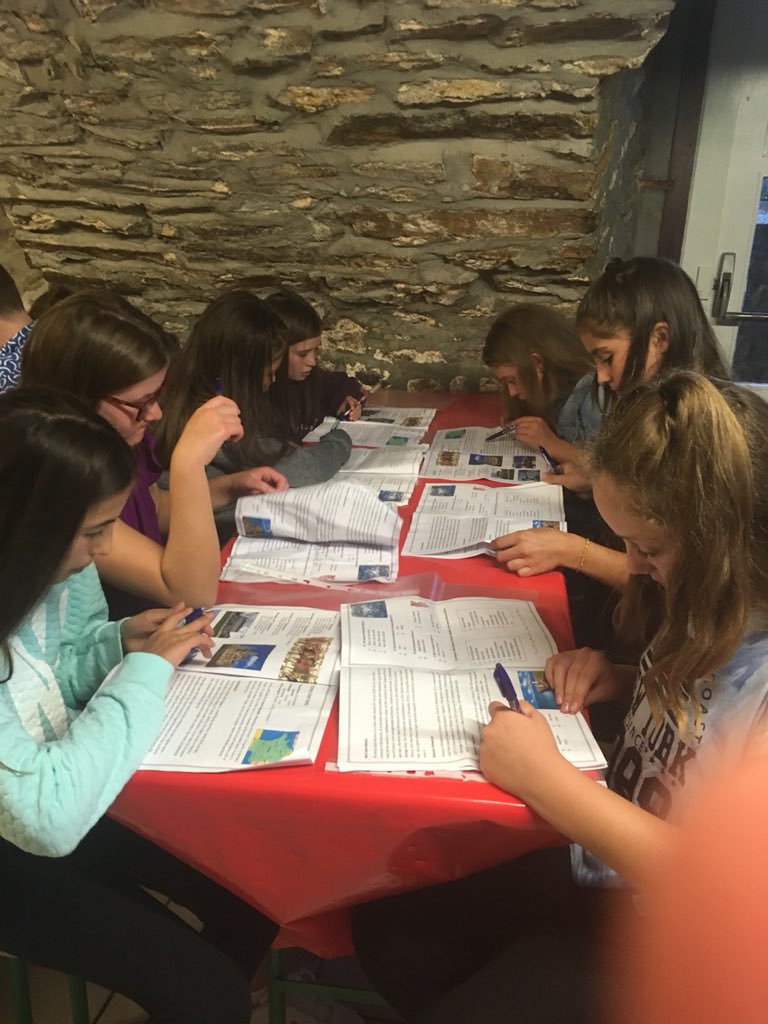 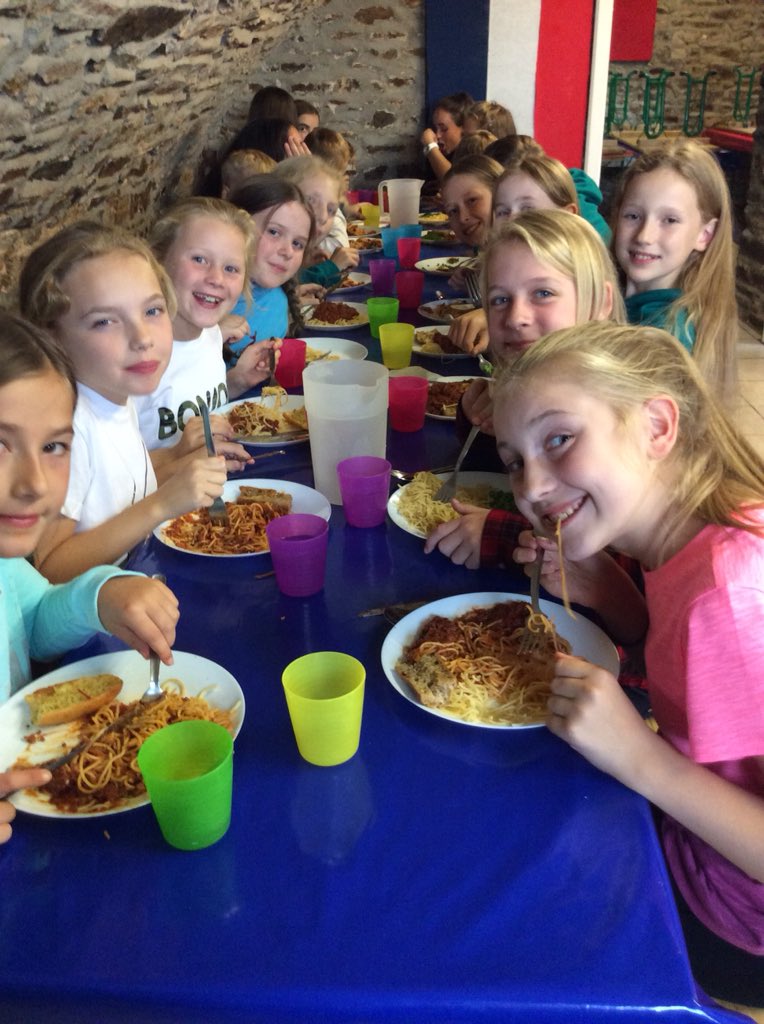 On Thursday 20th September, pupils from Years 6, 7 and 8 excitedly waved goodbye to their parents and set off for France.  After a ferry crossing at Dover, they finally arrived at the Château Fougères. After a fantastic tour of the castle, which contained a vast amount of well-preserved cultural relics, the group moved on to their place of residence – Château Beaumont. The château was grand, with beautiful lawns that backed onto a forest.

In the evening, the children enjoyed a treasure hunt finding clues scattered around the château, challenging the children to utilize their French skills to find them. Then all the children had to ask for a hot chocolate in French “je voudrais un chocolat chaud s’il vous plait” before going to bed.

The second day of the trip included a coach trip to Mont Saint Michel and a  guided tour around the ramparts.  After looking at the beautiful abbey, the children had the opportunity to visit the shops to buy gifts and snacks using their French knowledge.

Next stop was the pirate capital of France, St Malo. Again, the children were able to spend their money and sample local ice creams and crêpes.

One of the highlights of the trip was the exciting French night. Dressed in berets and strings of onions, the children were given the chance to sample frogs’ legs and snails. Most of the children tried at least one of the French delicacies, before having chocolate crêpes. The evening ended with a French quiz and a French dance which was thoroughly enjoyed by all children and staff.

The adventure continued on Sunday, and the constant rain couldn’t dampen the group’s spirits, as it was time to visit Festyland! The theme park was great fun and very quiet, which meant the children could zoom around on the rides as many times as they wanted.

The last day of the trip included a visit to the charming town of Bayeux. Firstly, the legendary tale of William the Conqueror and King Harold’s battle over the throne of England was brought to life by seeing the tapestry first hand and hearing an explanation of each scene. Secondly, blessed with a sunny afternoon for the tour around the beautiful cathedral grounds, the  guide talked about the different styles in which it was built and the Bishop’s headquarters.  Inside the building, the stunning sculptures and stained glass windows were a calming end to a fun filled trip.