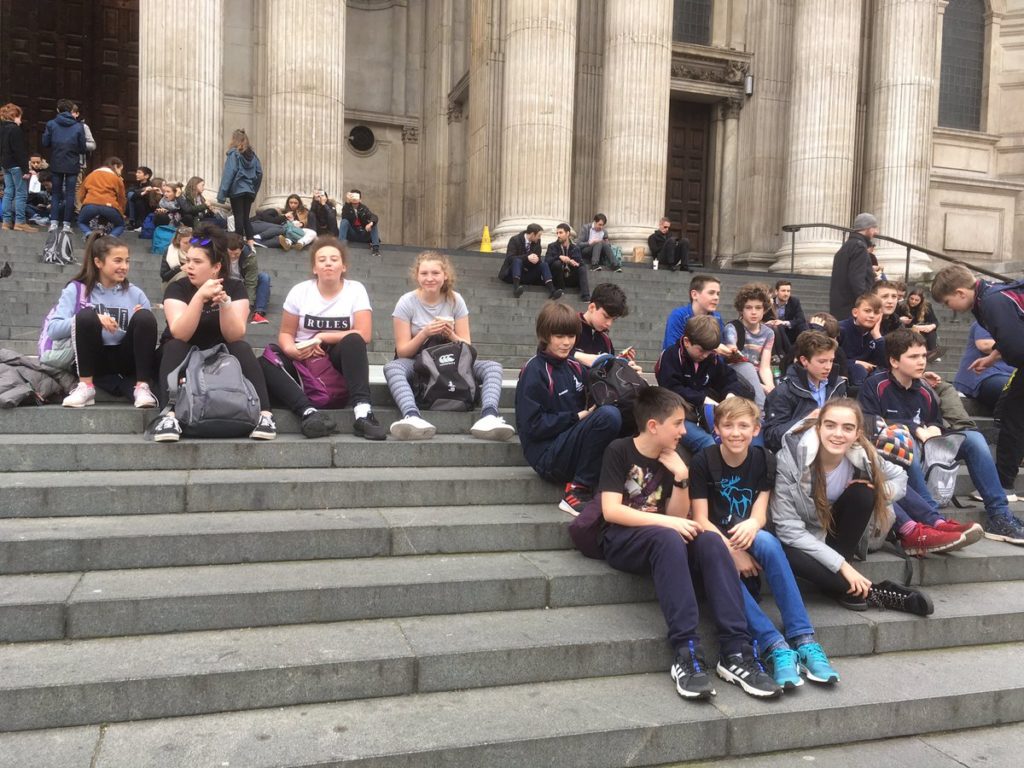 Year 8 enjoyed an exciting combined History and English trip to London on the 21st and 22nd of March.

Staying at the YHA opposite St.Paul’s Cathedral, the group started with a Plague and Fire walking tour of the City, ending up at The Monument near the infamous Pudding Lane. Despite the fact that very little of the original pre-1666 buildings still remained, the pupils were given a feeling for what the old, medieval streets might have been like, and an idea as to how the fire spread so quickly.

After a quick climb up the 311 steps of The Monument and dinner, Year 8 were enthralled by a superb rendition of Shakespeare’s Romeo and Juliet at the Globe Theatre.

Day two was spent at Fulham Palace, where pupils were treated to a ‘mudlarking’ experience, scouring the foreshore for historical artefacts. Items found included a 17th century smoking pipe, parts of an 18th century port bottle, a Tudor mug handle and lots of oysters – the fast food of bygone London.  Following this, there was an opportunity to sort through a selection of previously scavenged objects to determine material, use and age. It was a hugely interesting experience and a fantastic introduction to practical archaeology.