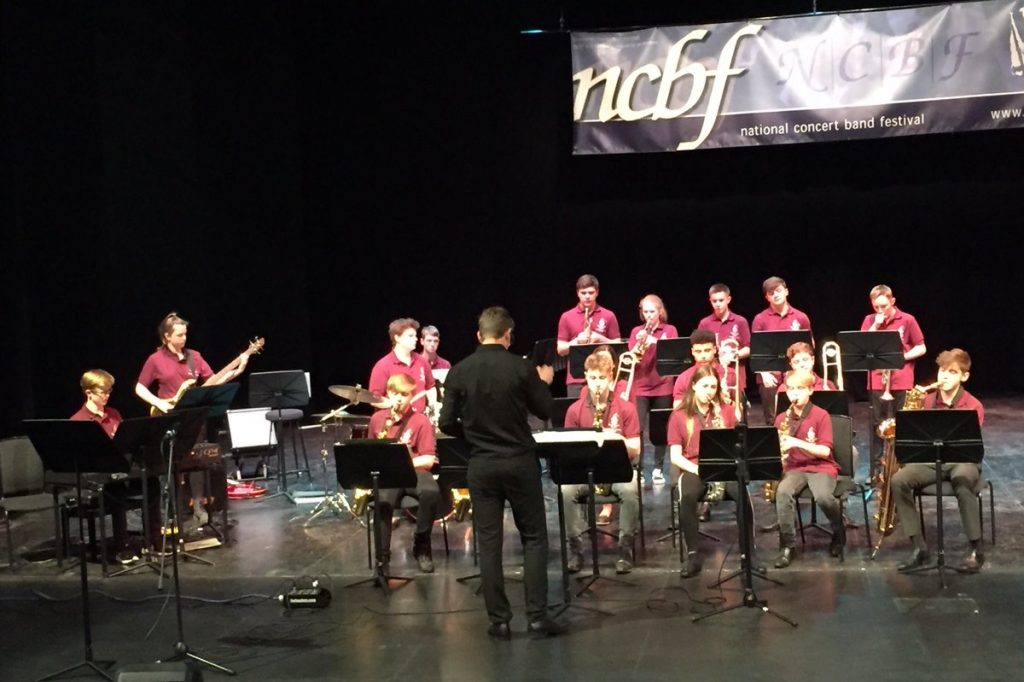 On Saturday 7th April, a group of musicians from Bromsgrove and WInterfold took part in the National Concert Band Festival as part of the Bromsgrove Big Band.

The band had qualified earlier in the term for the finals of the competition, however, due to holiday commitments for many of the band members, Winterfold musicians were asked to participate. At the end of the day, there were sixteen musicians in  the band and it was great to see that ten of them were current, or ex-members of the Groove Diggers.

Following their rehearsal, the band travelled to the Royal Northern College of Music to share a stage with some of the best school bands in the country. The Big Band won a Gold award on the day and played really well.