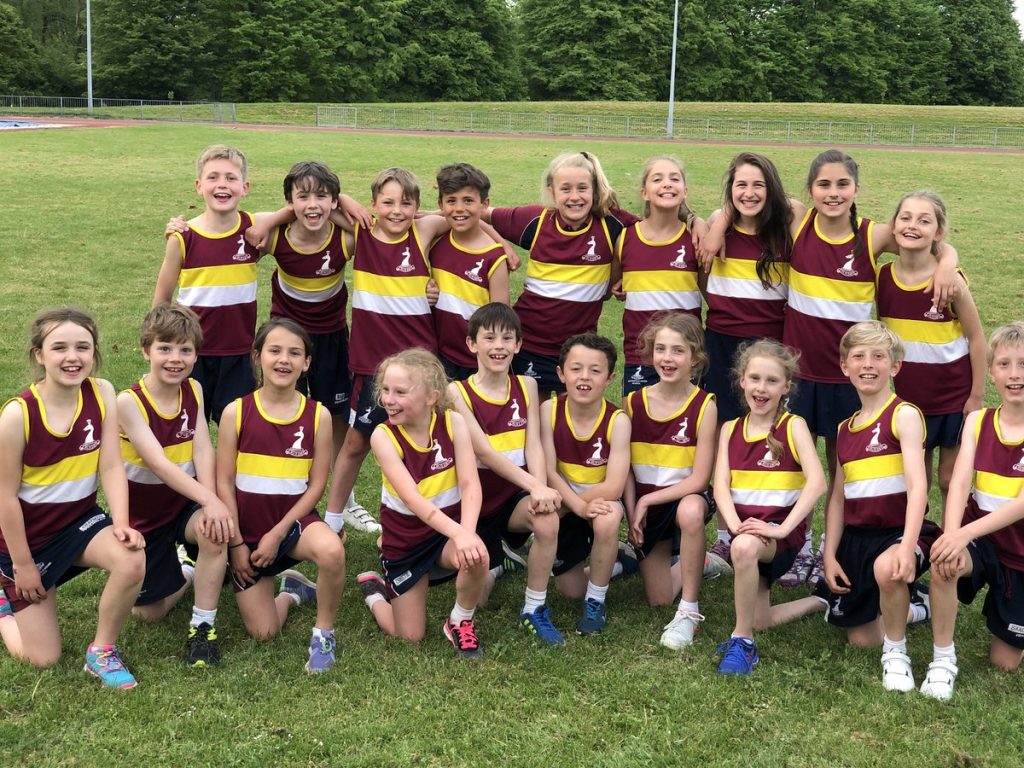 Congratulations to our Winterfold athletes who enjoyed a successful evening on Wednesday 16th May at the CTA Athletics competition.

Competing at The Abbey Stadium, Redditch, the U9 boys’ relay team of Frazer S, Matthew H, Noah B-G and Isaac B-G came 2nd in their final and were awarded silver medals.

Individually, Robert S gained a bronze medal in the Long Jump and Frazer added another silver medal to his haul in the final of the 80m.  Overall, the boys finished in second place.

Poppy J also won silver in the U9 girls’ 80m final and along with the rest of her team; Matilda N, Maiyla D-N, Zoe C and Anna C, they put in a great effort and despite some tough opposition, they all performed very well indeed.

The U11 boys’ competition was really tough.  However, in the 600m Tom A, despite also being a year young, ran superbly and managed to finish in second place. Theo N finished fourth in the Long Jump and along with the rest of the team which included Henry W and Oliver S, they reached the final of the relay finishing in fifth place.  They all performed very well and should be extremely proud of their achievements.