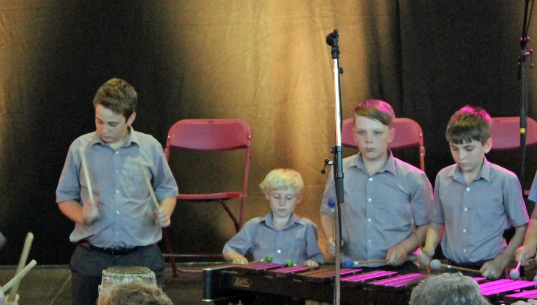 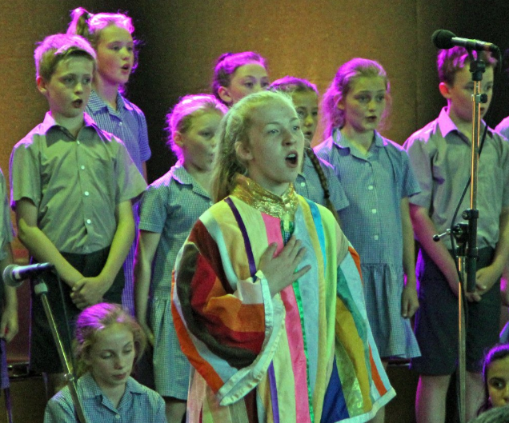 This year’s Summer Concert was a riot of colour and a spectacle of sounds inspired by a kaleidoscope of musical genres.

The evening commenced with a selection of finely tuned pieces by the Brass Group. This was then followed by the Percussion Group with two pieces, one of which involved body percussion and chairs, before being assailed by the whole work of African drums and marimba. Saxophones were up next with a couple of numbers including one by street band Lucky Chops. Strings followed this with some Bach and Schubert. We were then treated to a performance of Vivaldi’s double cello concerto with our two superb Year 8 cellists.

We then moved onto the Off Beats who, despite being a training band, showed us some wonderful ensemble playing and solos. We then had the Groove Diggers who played two of their hits, Lola’s Theme and Feeling Good and a very precise offering of All Blues by Miles Davis. We also had offerings from the Senior and Junior Choirs. The latter took on a couple of pop hits whilst the Chamber Choir performed a wonderful rendition of Fields of Gold and Defying Gravity from hit musical Wicked. We then had a short rendition of highlights from Joseph with some great vocal solos.

In the second half, we began with the Girls’ Harmony Choir breathing life into Somewhere over the Rainbow and True Blue. This was followed by the Orchestra who entertained us with some big screen classics with the themes from Game of Thrones and Pirates of the Caribbean, which were played with real energy and accuracy.

Finally, we had Katy Perry’s Firework and Gold by Spandau Ballet. This featured every child from Years 5 to 8 on stage and Mr Price on saxophone wearing a sequined jacket!