Pupils were given the music in advance to practice and during the morning of the festival were given the opportunity to participate in sessions with Winterfold music students.  In the afternoon, parents and guardians were treated to a concert accompanied by resident Winterfold band “Groove Diggers”.

All pupils sang with gusto and enthusiasm and were clearly enjoying themselves during renditions of ‘El Cumbanchero’, ‘Siyahamba’, ‘Ninnananna’, ‘Monster Stomp’, ‘Calypso’, ‘Scoo Bee Doo Song’.

The highlight of the afternoon was “the Lion Sleeps Tonight” which had the whole audience singing and dancing with their “wim-o-wehs”.

Mr Jerry Price, Head of Music said “This is the third year that Winterfold has held its ‘SINGIT’ music festival.  We are delighted that 5 local primary schools have taken part – it is growing more popular every year”. 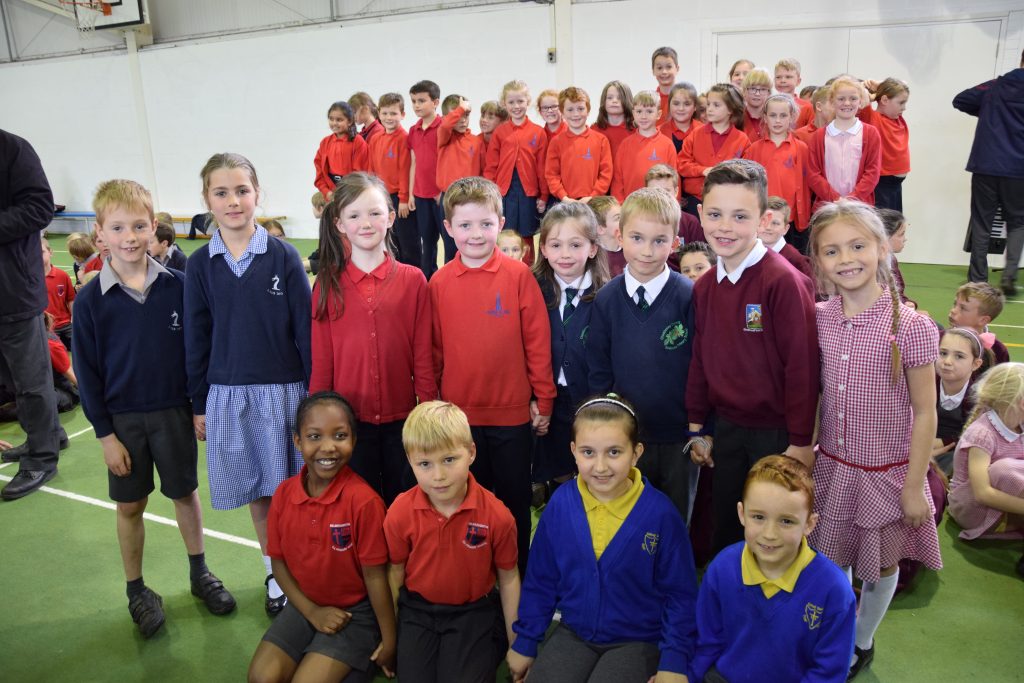 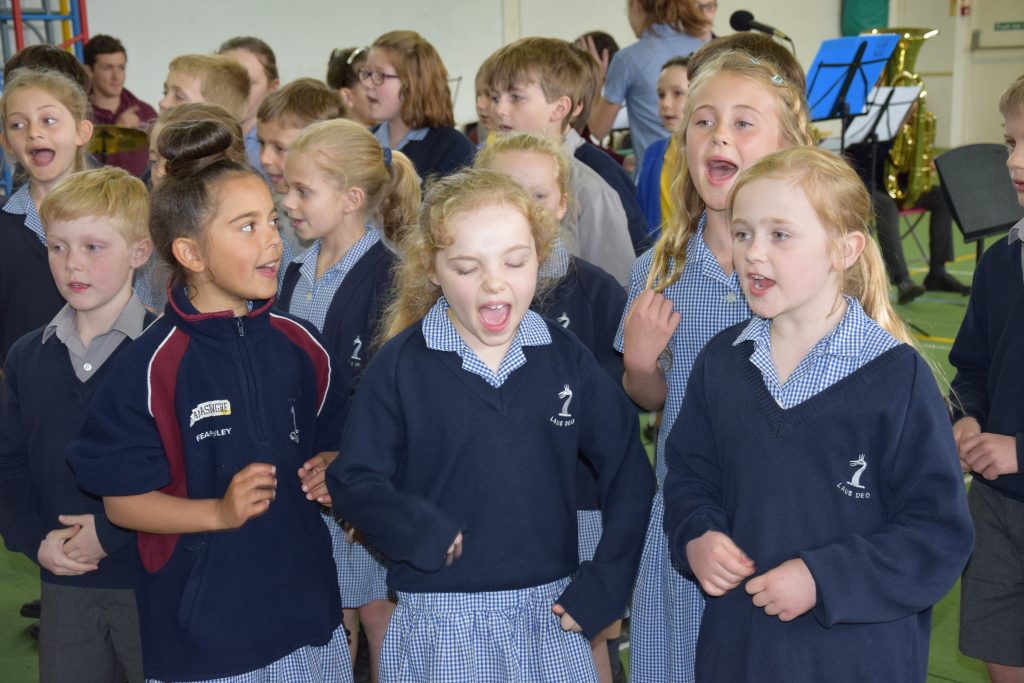 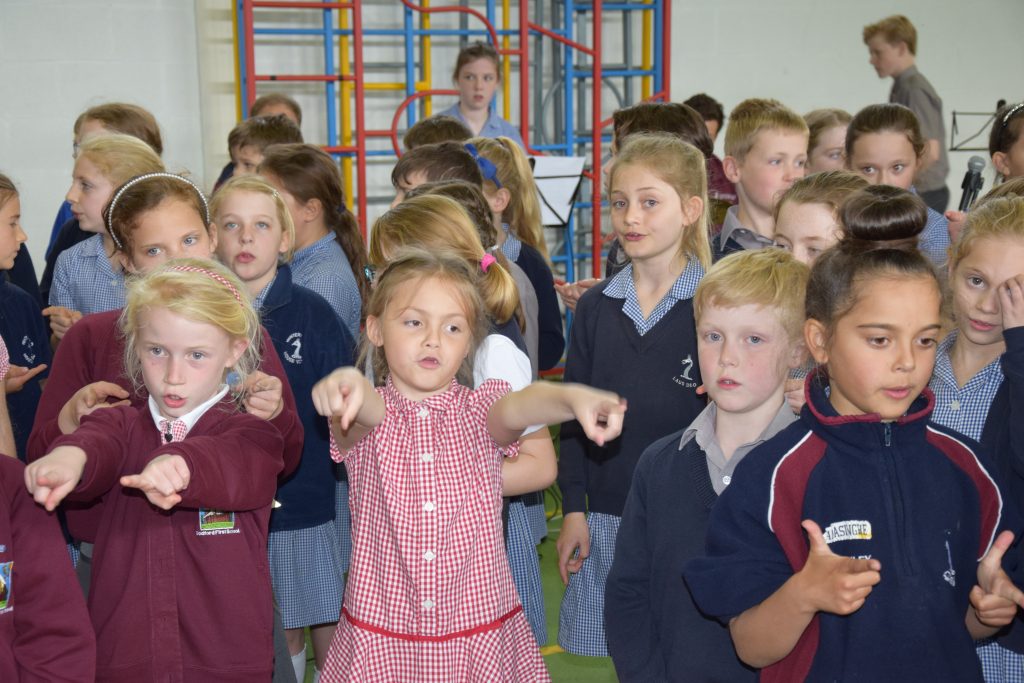 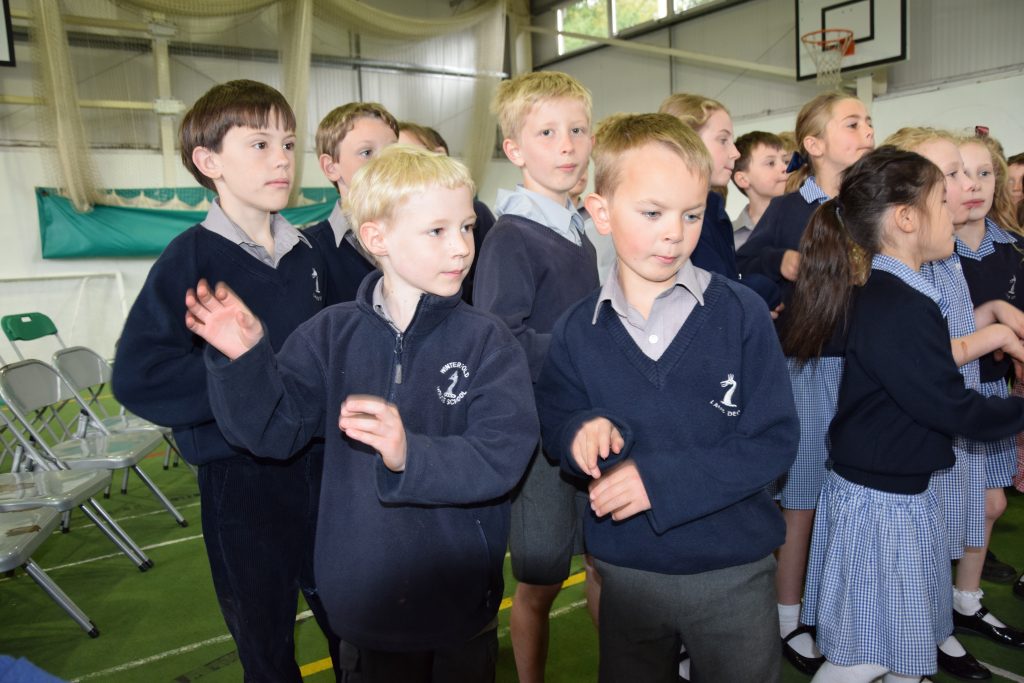 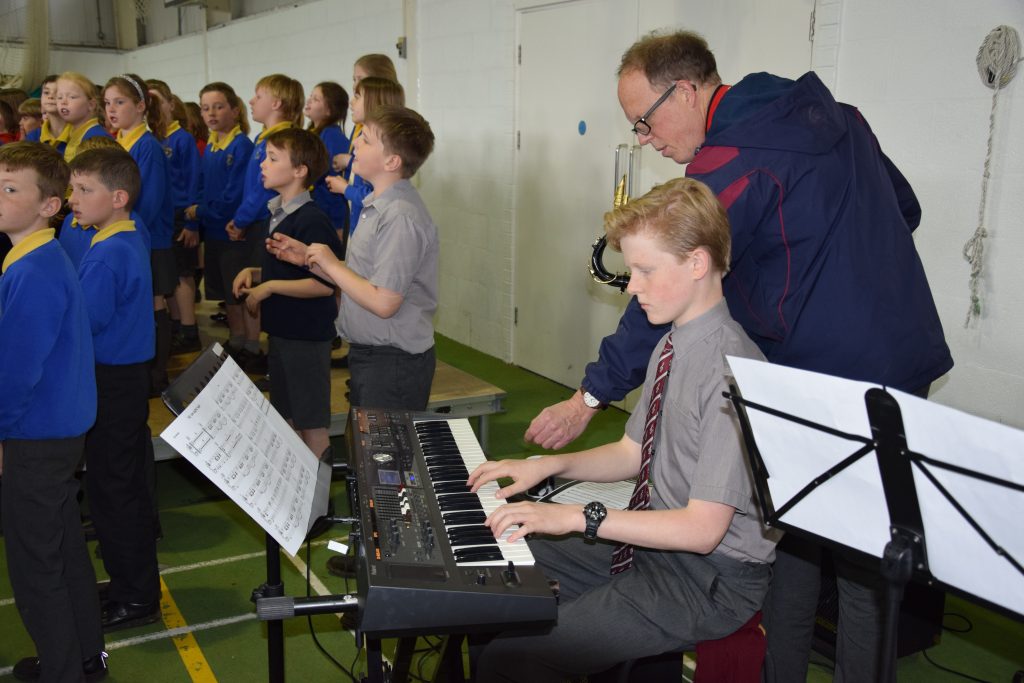 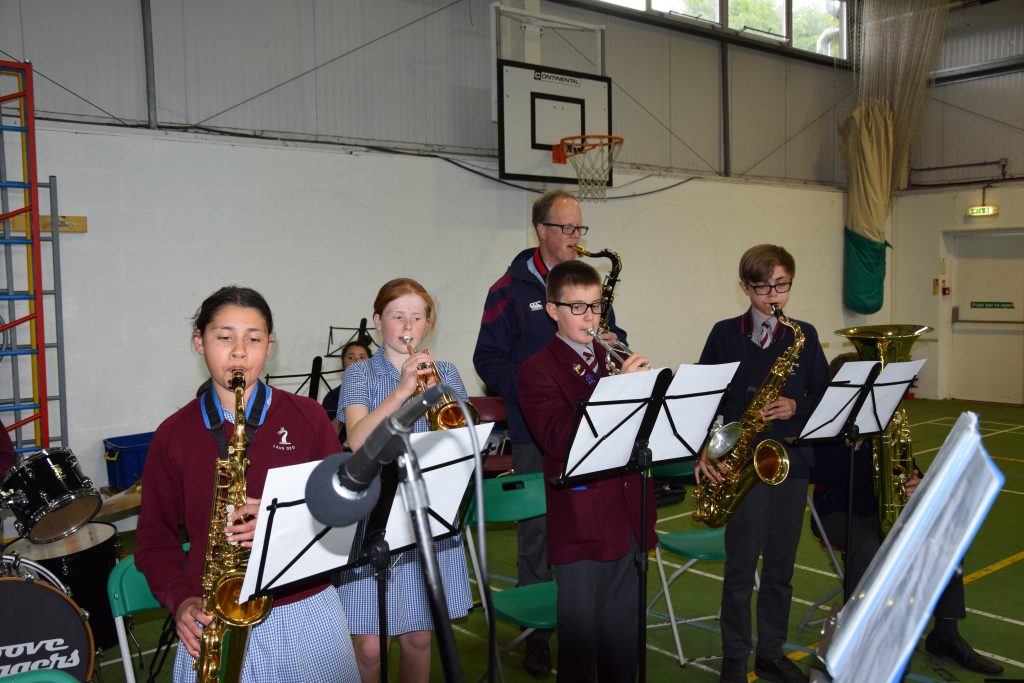 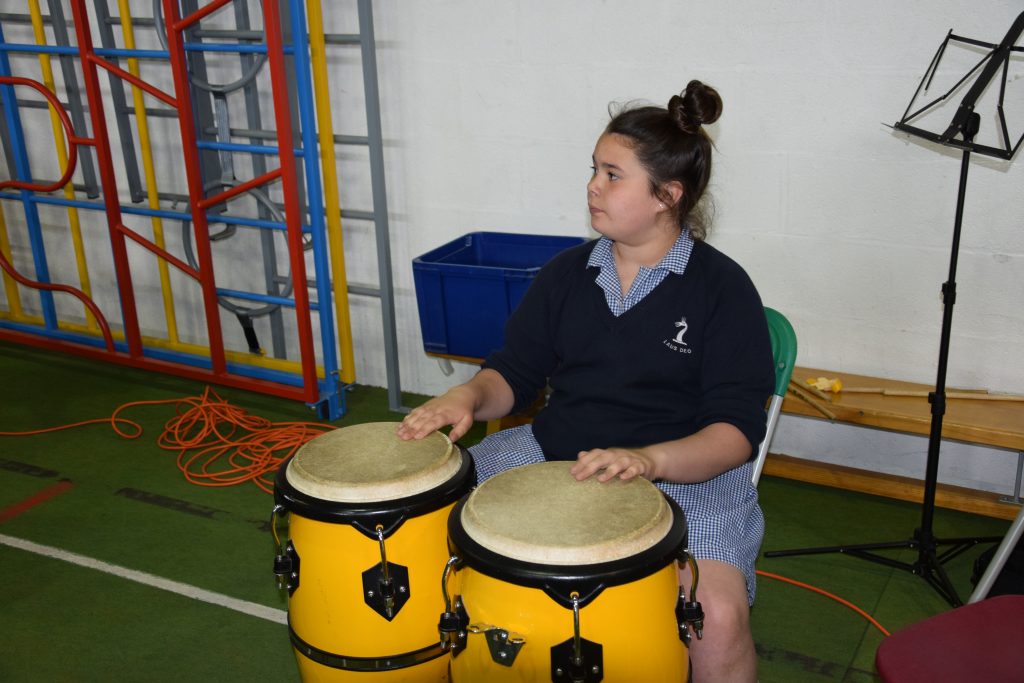 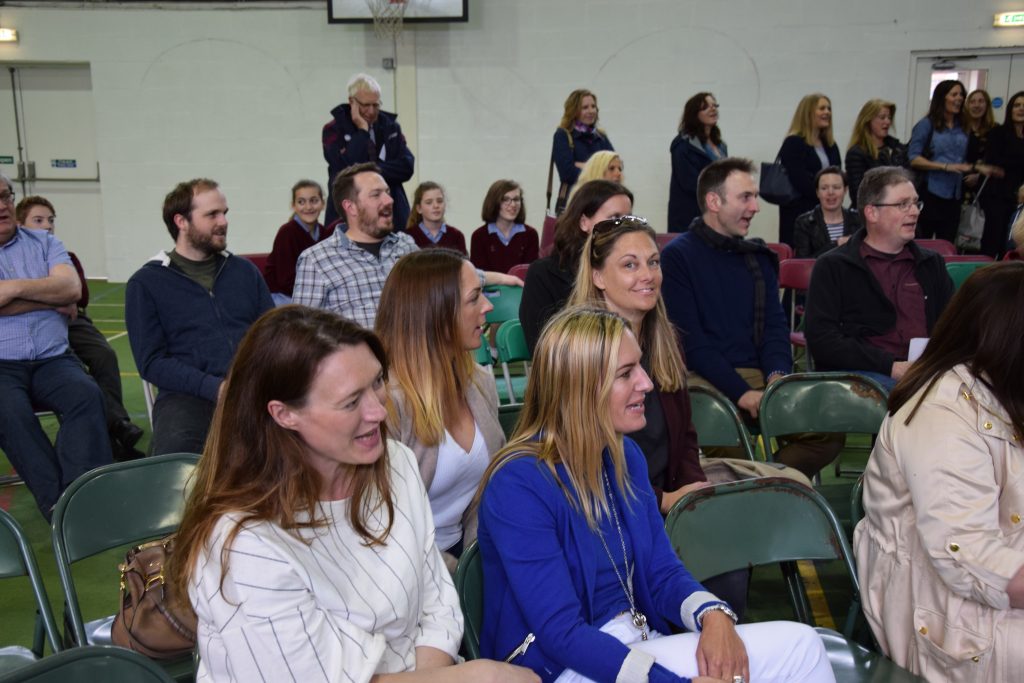 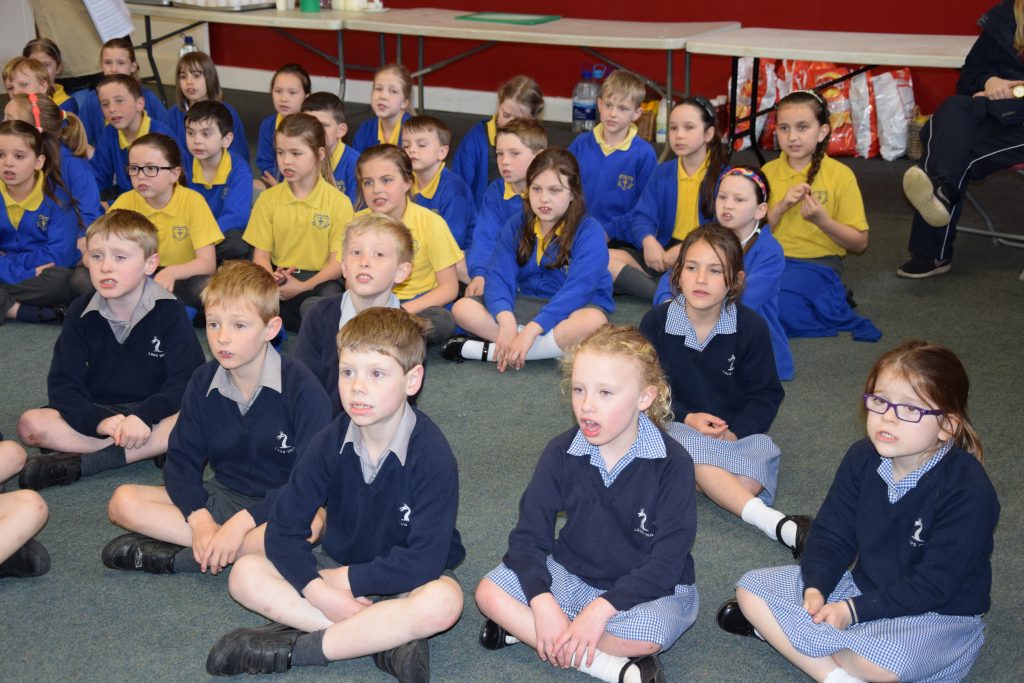 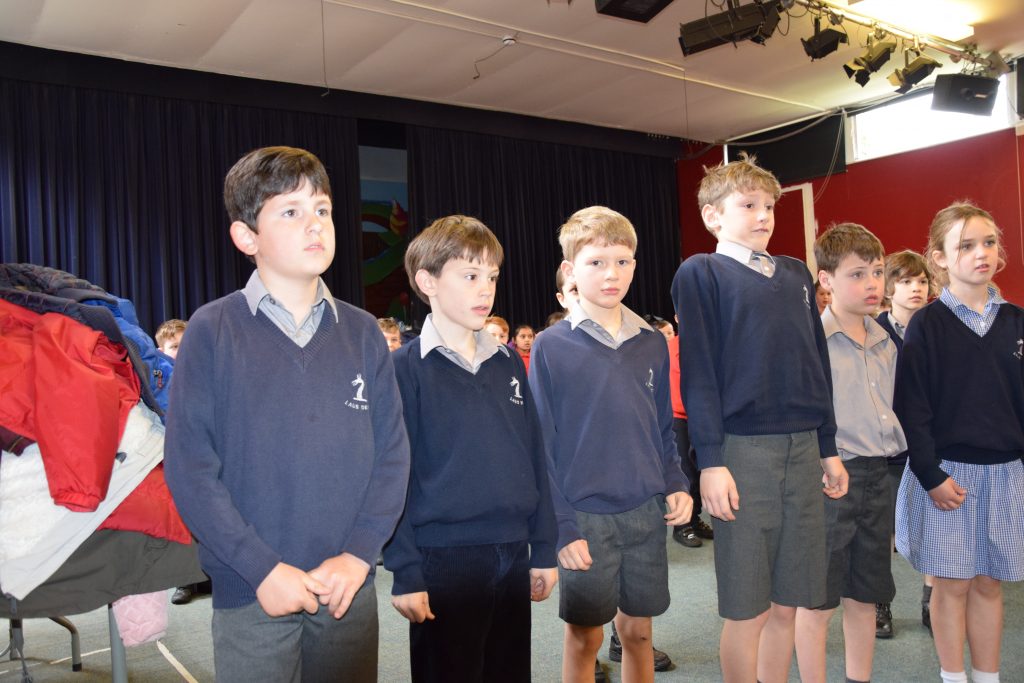 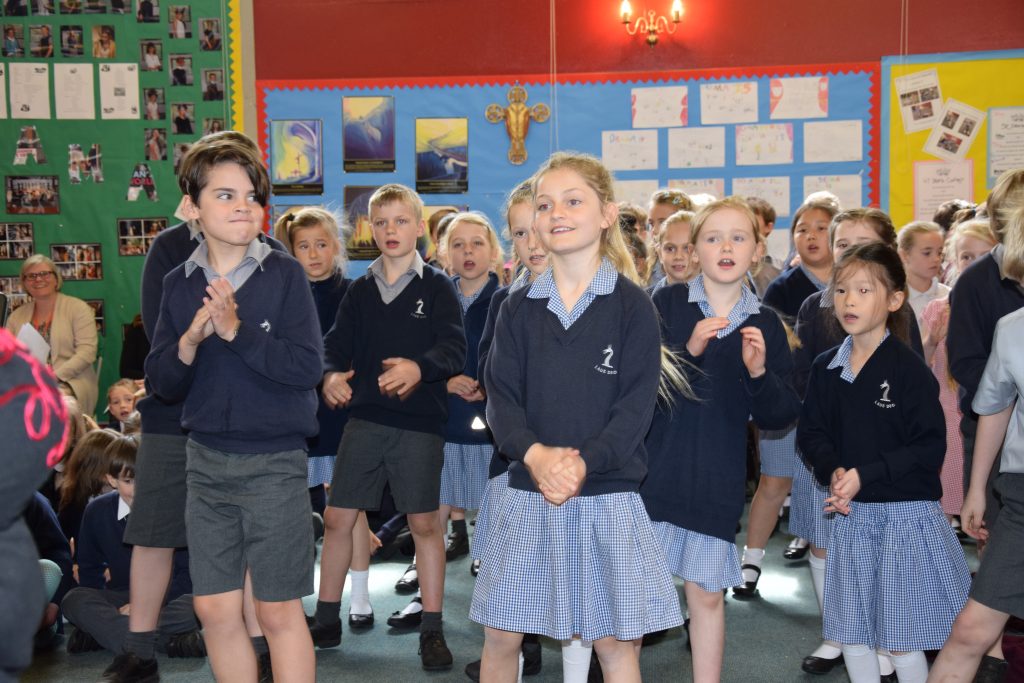 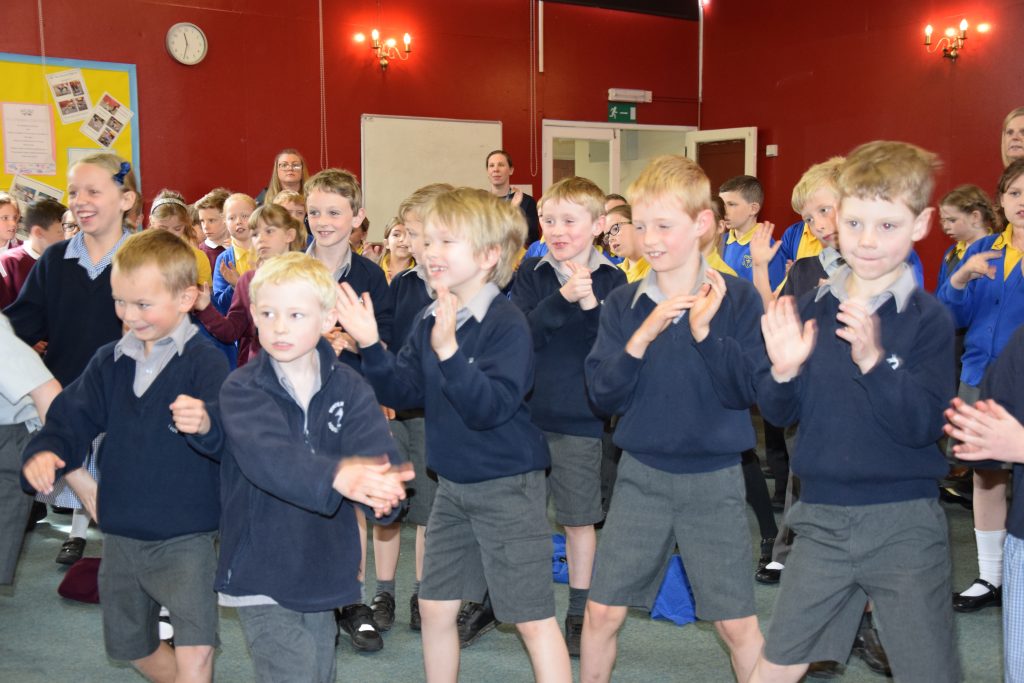 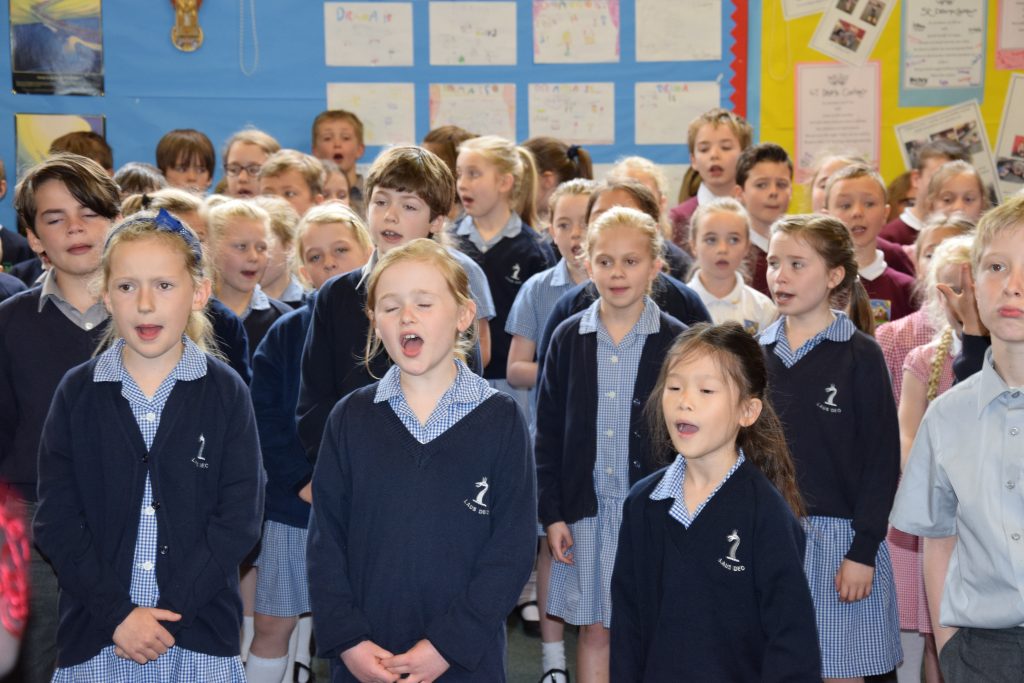