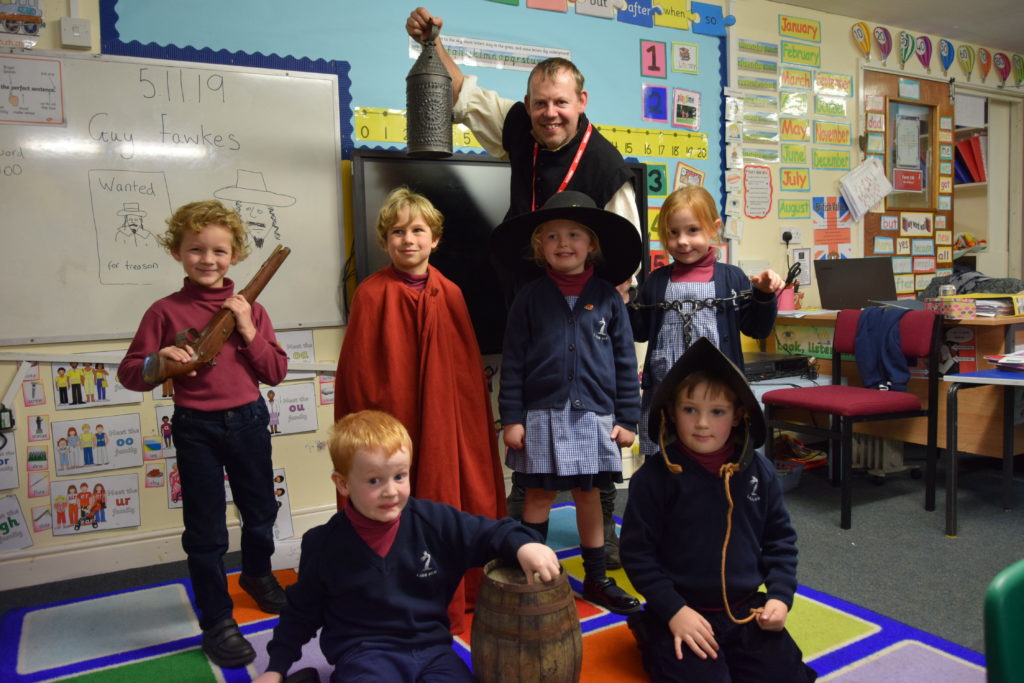 Our Year 1 pupils were treated to a day learning all about Guy Fawkes and the Gunpower Plot on Tuesday 5th November.

The children absorbed everything they were taught, from what people used to wear and where they worked.  They were amazed that both adults and children had to drink beer instead of water and didn’t even wash!

After designing a Wanted poster for the Gunpowder plotters, Year 1 learned all about the events leading to the discovery of John Johnson (the name he gave when captured) who was caught by the King’s men guarding 36 barrels of gunpowder – enough to reduce the House of Lords to rubble. After being tortured, he was forced to sign a confession to his role in the Gunpowder Plot, and this he signed as Guido Fawkes.

The children had a very interactive session, learning why we celebrate Bonfire Night and the history behind it. They are eagerly awaiting our Fireworks Display!