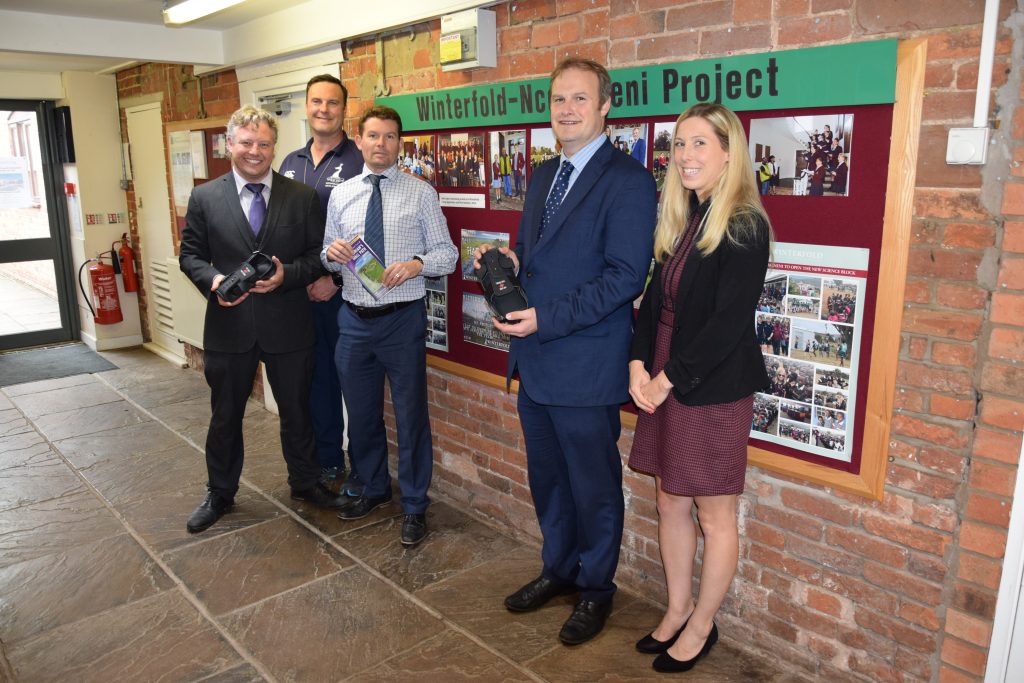 Whilst the majority of the great British public will be doing sensible things this Bank Holiday weekend like mowing their lawns, washing their cars and enjoying barbeques, a group of seventeen teachers and parents from Winterfold and Bromsgrove Schools will be endeavouring to complete the full eighty-four mile length of the Hadrian’s Wall Path, from Newcastle to Bowness-on-Solway in just three days to raise money for charity.

“It sounded like a good idea at the time,” said Simon Dieppe, a History teacher at Winterfold School and one of the organisers of the challenge, “but now it is nearly upon us, the idea of running or walking twenty-eight miles a day seems a bit crazy!”

The runners are taking part to raise money for the children at Ncemaneni Primary School in the Natal province of South Africa. Winterfold has supported the school for the last 10 years, raising money to build a number of class rooms. When Principal Mthembu from Ncemaneni visited Winterfold in October as part of a new exchange programme, he talked about the large numbers of his pupils aged between six and fourteen who walk a 15–20 km round journey to school each day on foot.  Most shocking was that most of these children did not own shoes. This leaves them susceptible to dangerous cuts and infections.

The ‘Hitting-The-Wall Challenge’ was launched with the ambition of raising £3,500 to buy shoes for these children. The problem was always going to be how long these shoes would last. “Then someone mentioned ‘the shoe that grows’!” explained Simon Dieppe. “These are a fantastic invention which are made and distributed by a charity in the U.S.  They are incredibly hardy but most importantly, can be adjusted as the child grows so they can last up to five years.”  Each pair will cost around £20 to buy and transport to Ncemaneni.

The ‘Hitting-The-Wall’ team have been training vigorously over the last six months, and have been meeting regularly to share help and advice. “Some of us are more experienced runners and walkers than others,” said David Loughton, another teacher at Winterfold, “but the camaraderie has been great.  We are all focussed on completing the challenge – after all, the children at Ncemaneni cover this kind of distance every week just to get to school!”

The challenge starts on Sunday 27th May, and concludes on Tuesday 29th.  You can follow the team’s progress on Twitter – @winterfoldhs.

To find out more about the ‘Hitting the Wall Challenge’ and to donate, please visit https://www.justgiving.com/crowdfunding/hitting-the-wall